See down below some answers to frequently asked question in relation to the commercial policy of Rede Industrial for the SIGMA PDCA software.  If you have more doubts, contact us or insert it at the end of this page, so we can clarify them to you.

I have the SIGMA 2012 version (Or older) installed and I am using it now? Will it stop working?

No. Older SIGMA PDCA versions will continue being for free, as always was announced, without expiration time. But this old versions will not be provided by the Rede Industrial to download the and we will no give more maintenance to them, but they can keep being used perfectly.

I have a SIGMA 2012 version (or older) currently in use, how do I do to update it to the SIGMA PDCA version?

To use SIGMA PDCA, keeping the data that you already have registered in the SIGMA 2012 version (or older) you will need to buy the SIGMA PDCA version and update your database to be compatible with the new version.

I have a SIGMA implantation / training service proposal issued before the release of the SIGMA PDCA version, but this one considered that the SIGMA was free. And now what can I do?

Since the release of the SIGMA PDCA version, we will not use more the 2010 version, which is a free version, in our implantation and training. So, your proposal must be updated to consider the costs already showed, the SIGMA PDCA license purchase, so it can be used in your company.

I have an additional resource of the SIGMA 2012 version, issued before the release of the SIGMA PDCA version, but it considered that the SIGMA software was free, and now, what can I do?

The good news are that the additional resources of SIGMA have a considerable low price in function to the release of the SIGMA PDCA version, which is paid. So, your proposal must be updated to consider the purchase of the SIGMA PDCA license, in case you use an older SIGMA version.

Yes. Educational Institutes have at least 50% off for the purchase of SIGMA PDCA. This is because Rede Industrial keep it compromise in providing the SIGMA in the classroom, with the goal of provide a better education for students of careers linked to the maintenance management, contributing that the market has professional more qualified for its functions.

I just paid to update my old SIGMA version to the SIGMA 2012 version and you already released a new one. Will I have to pay again to update it to the SIGMA PDCA version?

In this case, your company have SIGMA 2012 guarantee, that was include in the updated proposal, that is available for 90 days, counted since the updated data. So we will give necessary maintenance in the 2012 SIGMA version that is currently working in your company. If you are interested in using the SIGMA PDCA version, there is a price for the license of this version and the new update of the database.

This website uses cookies to improve your experience while you navigate through the website. Out of these, the cookies that are categorized as necessary are stored on your browser as they are essential for the working of basic functionalities of the website. We also use third-party cookies that help us analyze and understand how you use this website. These cookies will be stored in your browser only with your consent. You also have the option to opt-out of these cookies. But opting out of some of these cookies may affect your browsing experience.
Necessary Sempre ativado
Necessary cookies are absolutely essential for the website to function properly. These cookies ensure basic functionalities and security features of the website, anonymously.
Functional
Functional cookies help to perform certain functionalities like sharing the content of the website on social media platforms, collect feedbacks, and other third-party features.
Performance
Performance cookies are used to understand and analyze the key performance indexes of the website which helps in delivering a better user experience for the visitors.
Analytics
Analytical cookies are used to understand how visitors interact with the website. These cookies help provide information on metrics the number of visitors, bounce rate, traffic source, etc.
Advertisement
Advertisement cookies are used to provide visitors with relevant ads and marketing campaigns. These cookies track visitors across websites and collect information to provide customized ads.
Others
Other uncategorized cookies are those that are being analyzed and have not been classified into a category as yet.
SALVAR E ACEITAR 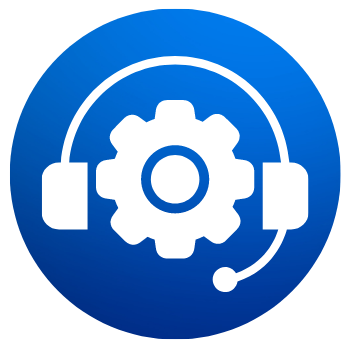